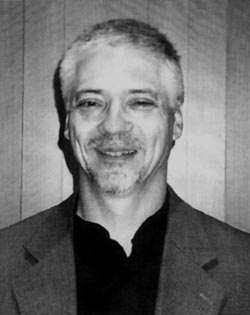 Brice Andrus is admired for his beautiful sound and for his focus and composure as principal horn in the Atlanta Symphony Orchestra. His teaching also pays particular attention to sound and tone production, even for beginners.

Andrus followed an unusual path to his career in music. He had some lessons as a youth with Donald Schulz, a Farkas student, but he entered Georgia State University as a pre-med student. A "wretched" chemistry class met in a room just below where a brass ensemble was rehearsing. The combination of an unmotivating class and wonderful music-making above sent him for a change-of-major form. He studied with trombonist Bill Hill, conductor of the brass ensemble. He became assistant principal horn of the Atlanta Symphony that freshman year, soon moved to third, and became principal in 1975.

After getting into the Atlanta Symphony, Andrus began taking lessons with Forrest Stanley in Pittsburg every three months or so. He also credits the orchestra itself with developing his musicianship. "I really had the perspective of growing up in a symphony orchestra, getting to listen to great players through the years, and having such a wonderful section to play with."

Andrus plays with chamber ensembles and other groups outside the symphony, including PDQ Bach and overdubbing for Bruce Springsteen (the producer was based in Atlanta) with the orchestra horn section. In addition to recording symphonic works with the orchestra, he has recorded the Brahms Trio and premiered many works. He is on the faculty at Emory University.

Andrus received the Punto Award at the IHS workshop in Athens GA in 1999. A profile appears in the August 1999 issue of The Horn Call.